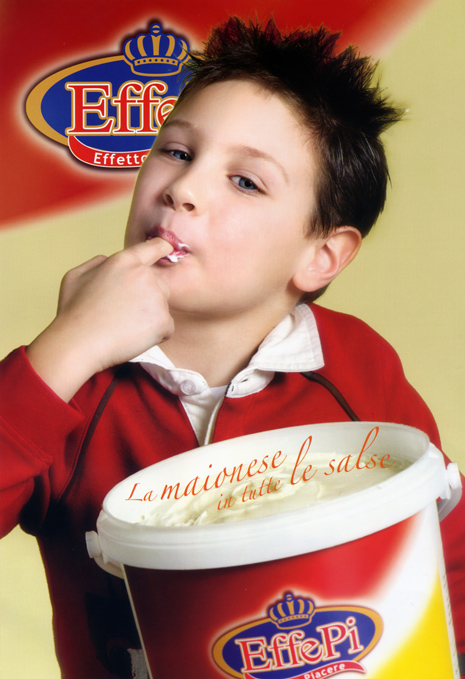 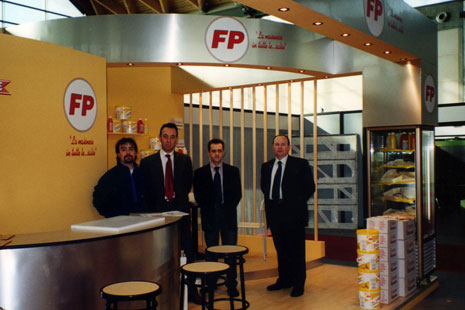 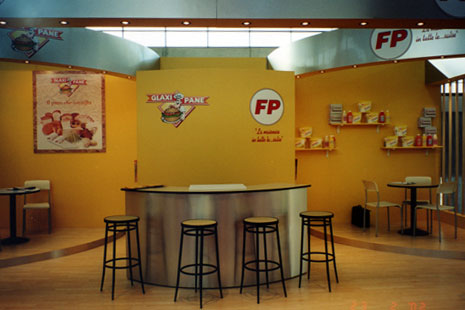 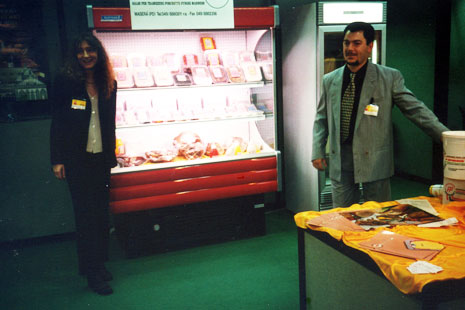 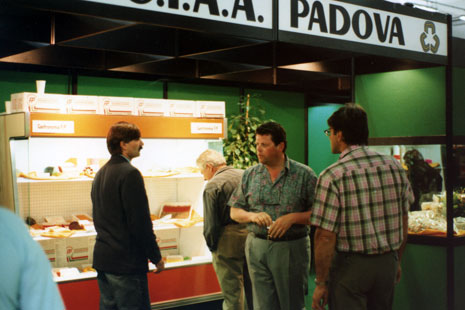 Over the years Gastronomia Effepi has been a leading exhibitor in some of the most important culinary trade fairs in Italy, including:

Gastronomia Effepi was founded in 1985 thanks to the passion of two chefs, Flavio and Maurizio, for good and genuine food. Making leverage on the vast experience that they had acquired working around Europe and on cruise ships, they laid the foundations for what is now one of the leading gastronomical enterprises in Italy.
They decided to then specialise in the production of sauces for sandwiches, mayonnaise, whole roast pig and mushrooms sautéed with garlic and parsley.
The two friends set up their headquarters in S. Agostino, a small village in the Albignasego district, on the outskirts of Padua, a city where the pioneering spirit and desire to make good things reign supreme. However, thanks to their excellent products and the amazing success of their sauces, after just one year in business they were “obliged” to look for larger premises that were more suited to produce their miraculous culinary delights.

The answer to this increasingly demanding need came in 1987 when they found a small shed in Carpenedo, a village just outside Padua on the Conselve road, which was the ideal position for their business. The move meant they were able to modernise their production line, focusing on the genuine and traditional nature of their products. Eight years of great satisfaction and success followed, to the extent that in 1994 they had to decide to move yet again. The market needed new investments, cutting edge equipment and a much larger stock warehouse to meet the increasing demands from their customers.

Since 1995, Gastronomic Effepi headquarters have been in Maserà di Padova, in a modern shed of 1400 square meters, where the culinary secrets they have refined over the years are jealously guarded. They have finally found their right location, with a team of eight chefs and cutting edge machinery to produce those masterpieces that have made Gastronomia Effepi the example and inspiration for their entire sector.

This website uses cookies to improve your experience while you navigate through the website. Out of these, the cookies that are categorized as necessary are stored on your browser as they are essential for the working of basic functionalities of the website. We also use third-party cookies that help us analyze and understand how you use this website. These cookies will be stored in your browser only with your consent. You also have the option to opt-out of these cookies. But opting out of some of these cookies may affect your browsing experience.
Necessary Sempre abilitato
Necessary cookies are absolutely essential for the website to function properly. This category only includes cookies that ensures basic functionalities and security features of the website. These cookies do not store any personal information.
Non-necessary
Any cookies that may not be particularly necessary for the website to function and is used specifically to collect user personal data via analytics, ads, other embedded contents are termed as non-necessary cookies. It is mandatory to procure user consent prior to running these cookies on your website.
ACCETTA E SALVA